The rise of social media networks has changed the way people connect, interact with each other, and follow their favorite brands. TV commercials, huge ads in magazines or on buildings are losing their power. Nowadays, people tend to look up to their favorite social media influencers before making buying decisions rather than looking at a celebrity promote the brand in a TV commercial.

So, who exactly is an influencer?

According to Influencer Marketing Hub: “An influencer is an individual who has the power to affect purchase decisions of others because of his/her authority, knowledge, position or relationship with his/her audience.”

Did you know that 63% of marketers work with 10 or more influencers for each campaign? It has also been estimated that the influencer marketing industry will be worth between $5 billion to $10 billion by 2020; this is the primary reason why so many fake influencers have cropped up in the past few years and why it is essential that you learn how to recognize them. 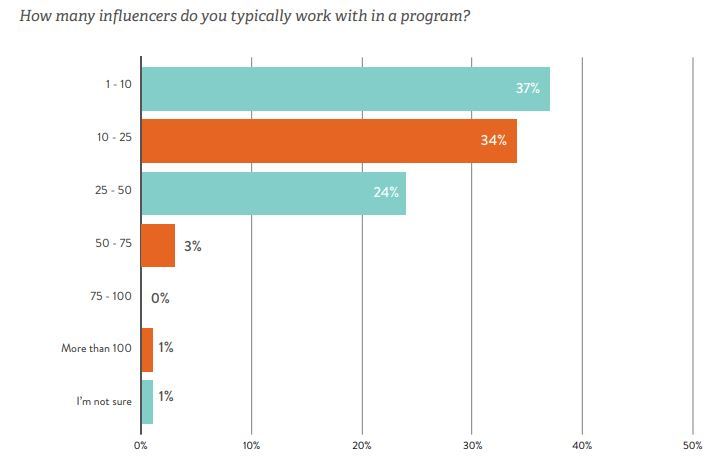 While it can be hard to identify fake influencer profiles, below are some ways that brands can shortlist real influencers for upcoming campaigns.

A fake influencer is likely to have a vague bio and profile. For example, their profile section could be empty except for a few emojis, or they would have a fake sounding email. Often, fake influencers do not have a first name associated with their accounts.

This kind of profile is the exact opposite of real influencers, who focus on getting their interests across in their bio. Their profile has their email, and other information, which lends credibility to their profiles. On top of that, their profiles are almost always verified, as you can see on the screenshot below.

Check out this post for additional information on how different social networks verify accounts of their users.

A great way to ensure that there is a real person behind the influencer profile is by running a social media background check; this can help brands ascertain that they are working with a real person, with a real fan base and followers.

2. Their Followers Have Stock Photos And Unusual Usernames

Fake influencers usually ‘buy’ their followers from various sources on the internet. Such sources flood their accounts with bots, and spam profiles, with the goal of increasing their follower count.

One of the easiest ways to spot a fake influencer is by checking their followers. Fake user profiles tend to have unusual and spammy usernames, with stock images as their display pictures. You can also spot bot accounts by lack of photos in general.

Interested brands can use tools such as IG Audit (free) or Social Audit Pro (paid) that can check any public Instagram account and estimate their real follower ratio.

Another red flag is if a ‘fan-buying’ service is following an influencer’s profile. While you cannot brand an influencer as fake only because they have a few spammy looking users, it is usually a good way to start shortlisting people.

Engagement rate refers to the percentage of likes, comments, and shares on an influencer’s posts, in comparison to their follower count. According to Markerly, a typical number of likes falls between 1 and 5% of an account's followers.

Creating a large fan base or following to increase engagement can take time and hard work – something that fake influencers are not willing to work towards. In general, fake influencers do not try to build a loyal follower base – instead, they look for short cuts to grow in order to land deals with big brands.

If an influencer’s engagement rate appears to be much greater compared to other profiles with a similar following in their niche, one explanation might be that they are buying engagement.

For example, it is known that if your post gets a lot of engagement early on, Instagram’s algorithm will often expand the reach of that post and vice versa. There are people that try to scam the algorithm by buying engagement in the first 15 minutes of posting something.

One way to account for this is to check the accounts that hurry to like and comment as soon as the post went live. The only thing you need to check is to see if they are following the influencer you are inspecting or not. If they are not, then we are almost certainly speaking about fake engagement because there is no chance that 50%+ of likes and comments in the first 15 minutes comes from people that are not even following the influencer.

4. Generic Comments On Most of Their Posts

Another great way to spot a fake influencer is by scrolling through the comment section under different posts. Real profiles are likely to have content specific comments from followers. On top of that, real influencers will rarely miss the opportunity to interact with their fans in the comment section.

The same cannot be said about fake influencers, whose comment section would be full of generic comments like ‘great photo’ or ‘nice picture.’ In some cases, you will come across comments such as ones on the pictures below: 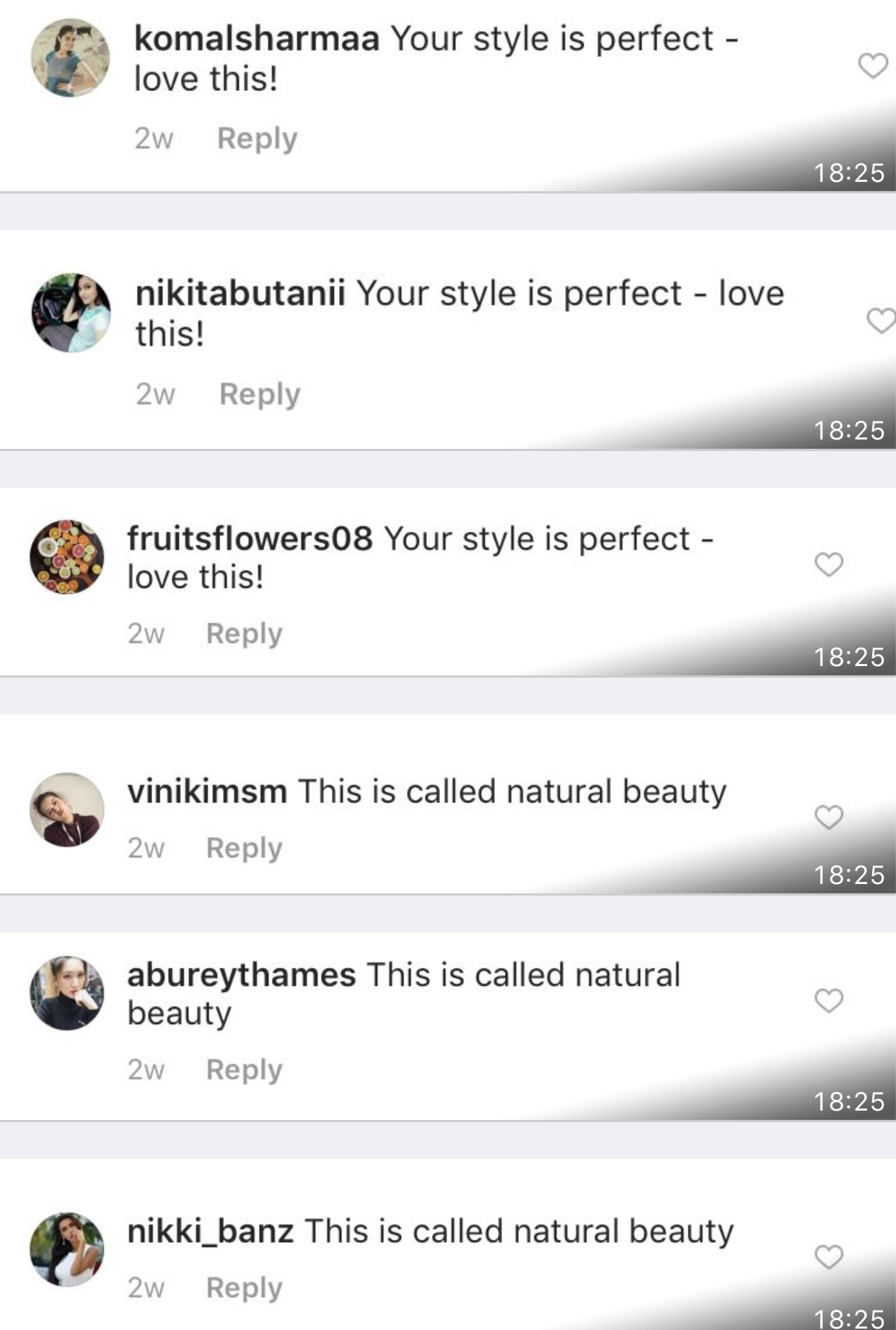 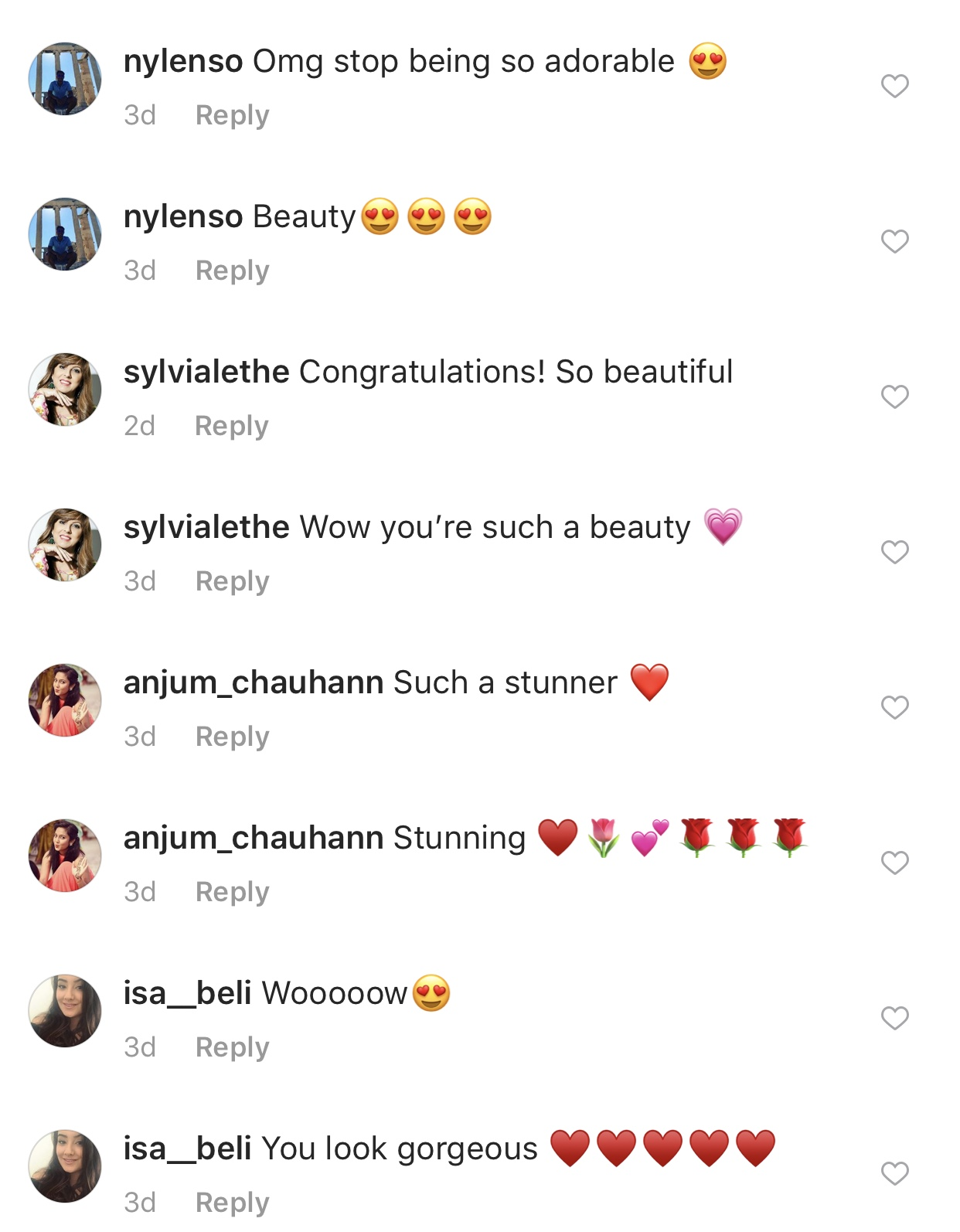 The constant stream of comments in “pairs” and a lot of duplicated comments are two of the most obvious signals that the engagement has been faked.

5. A Sudden Growth In Followers or Engagement

Organic growth requires time, which is why you need to be wary of influencers who seem to have become famous overnight.

A sudden growth in an influencer’s fan base, or a steep fall in their followers, could be an indicator that the influencer is not authentic. While this simply might be the result of a video or a post going viral, this is an exception and not a rule.

Tools like Social Blade do a good job of showing you an influencer’s historical data, such as their followers’ growth over time. 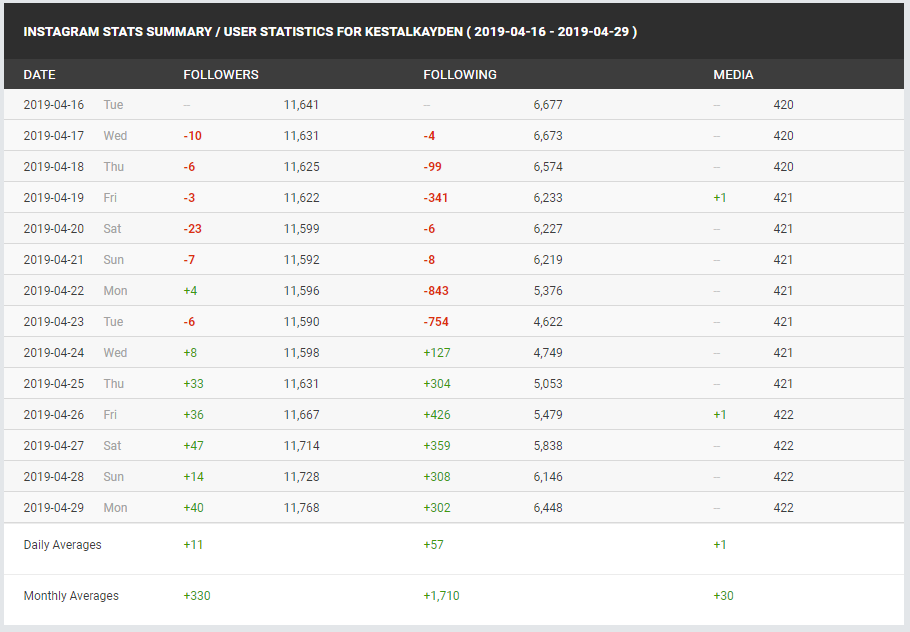 The subheading we started this section with is reason enough to be concerned.

Creating a fake profile or “boosting” a current one is extremely easy. There are numerous websites that sell 300, 1000, or even 20k followers. The price depends on how quickly you want to grow, for example; $3-8 should get you around 500-1000 followers.

Fake comments and likes are a bit more expensive than followers, but it is still ridiculously easy to get 40-50 comments for as little as $6, the same price goes for around 1000 likes.

As it goes with all things fake, eventually it will come around and bite you, as one Instagrammer discovered.

After buying just 300 followers, she had to block more than 2000! Why? They simply weren’t a part of her audience, and it started to show. Engagement rates dropped, demographics became messed up, and any potential partners could have that easily checked out. 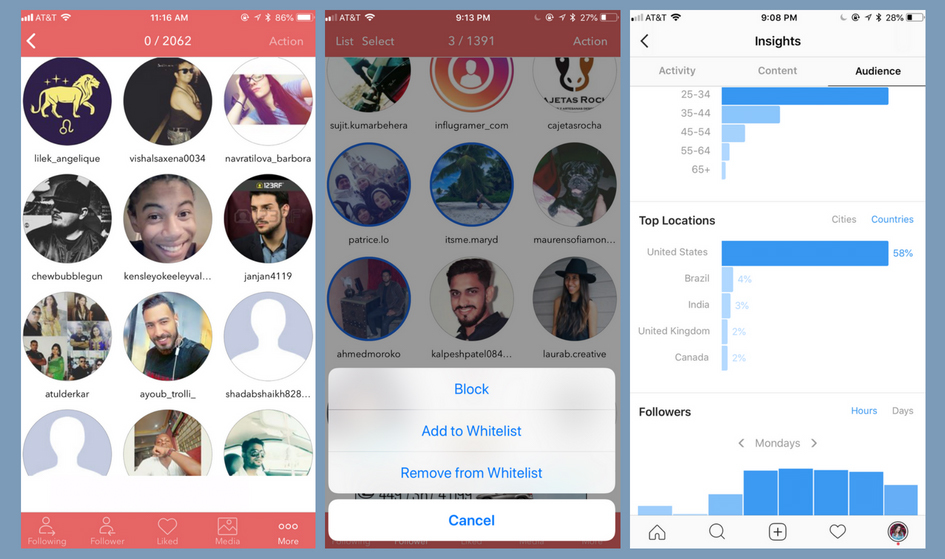 Another way of building a fake profile is creating an illusion of who a person is and what they do. These require more effort to create but are fake and unreliable nonetheless.

The first significant difference is that these profiles usually have real people behind them, and followers are more or less acquired organically. The main thing that exposes them out is their pictures and appearance.

Heavy editing, suspicious shadows, missing landmarks, lack of interaction with their followers — it all contributes to giving away a fake persona someone has created to get some social media fame. Here are some examples of Instagram profiles that faked their appearance to gain popularity.

The lesson here is that if you do not do your due diligence, it is not that hard to get ripped off.

What Else Can You Do To Avoid Being Scammed?

There are some additional things you can do to ensure you are not giving your money away to the wrong people.

1. Ask for Examples of Past Campaigns

When you are looking to hire a freelance writer or subscribe to a new marketing tool, what is the main thing you want to see? The answer should be examples of previous work and case studies, respectively.

So why shouldn’t you require the same when reviewing influencers you want to employ?

Ask them to see examples of campaigns they have run for other brands in the past. If you want to take it a step further, you can even reach out to said brands (if they are not your competitors) to see what was their overall experience working with that particular influencer.

When we look at different examples of scams people got away with, we can’t shake the feeling that most of them could have easily been avoided if the people in charge just put a little bit of effort into researching their potential partners.

For example, if you ask the “influencer” who they have worked with in the past, don’t be satisfied with an answer, “I’ve worked with Brand1, Brand2, and Brand3”. If someone faked their whole presence on social media, you think they draw the line at lying? Don’t be lazy - ask for actual examples or get in touch with those brands, as we mentioned above.

The same thing goes for every other part of your review process.

Partnering with the right influencers can quickly drive brand awareness and lend credibility to your business. In turn, this can increase the ROI of your marketing campaigns and your overall sales.

Brands earn, on average, $5.20 for every dollar that they spend on influencers. However, to be able to reach those numbers, you need to be able to recognize fake accounts so you can concentrate on real influencers who fit within your brand image and can help you fulfill your objectives.