Visibility can be defined as a metric showing how often your website is found on the Internet. Semrush has a metric called Visibility % seen in Position Tracking campaigns that we use to estimate a website’s trend of visibility for the set of target keywords currently being tracked in the campaign.

If this number is at 100% it would mean that the domain, subdomain or URL being tracked is ranking in the 1st position for all of the keywords in the project. As the website’s ranking pages fall further from the top of Google's results, the Visibility % will decrease.

Take this as an example:

Let’s say there are 2 sites ranked in the top 100 for 2 keywords. The positions of the keywords for the first site are at the 1 and 100 positions and the second site has both keywords at the 50th position. The average positions of each site would be 50.

However, the visibility of the first site would be much higher than the second site because it has the leading position for one of the keywords. At the same time, the average position for both remains at 50.

This is why comparing the visibility, as opposed to the position, for these two sites reflects a more accurate representation of their keyword state.

The more visibility you have, the more chances you have to bring new visitors to your website. Therefore, visibility % in Position Tracking is a good metric to use when measuring the success of an SEO or PPC campaign. 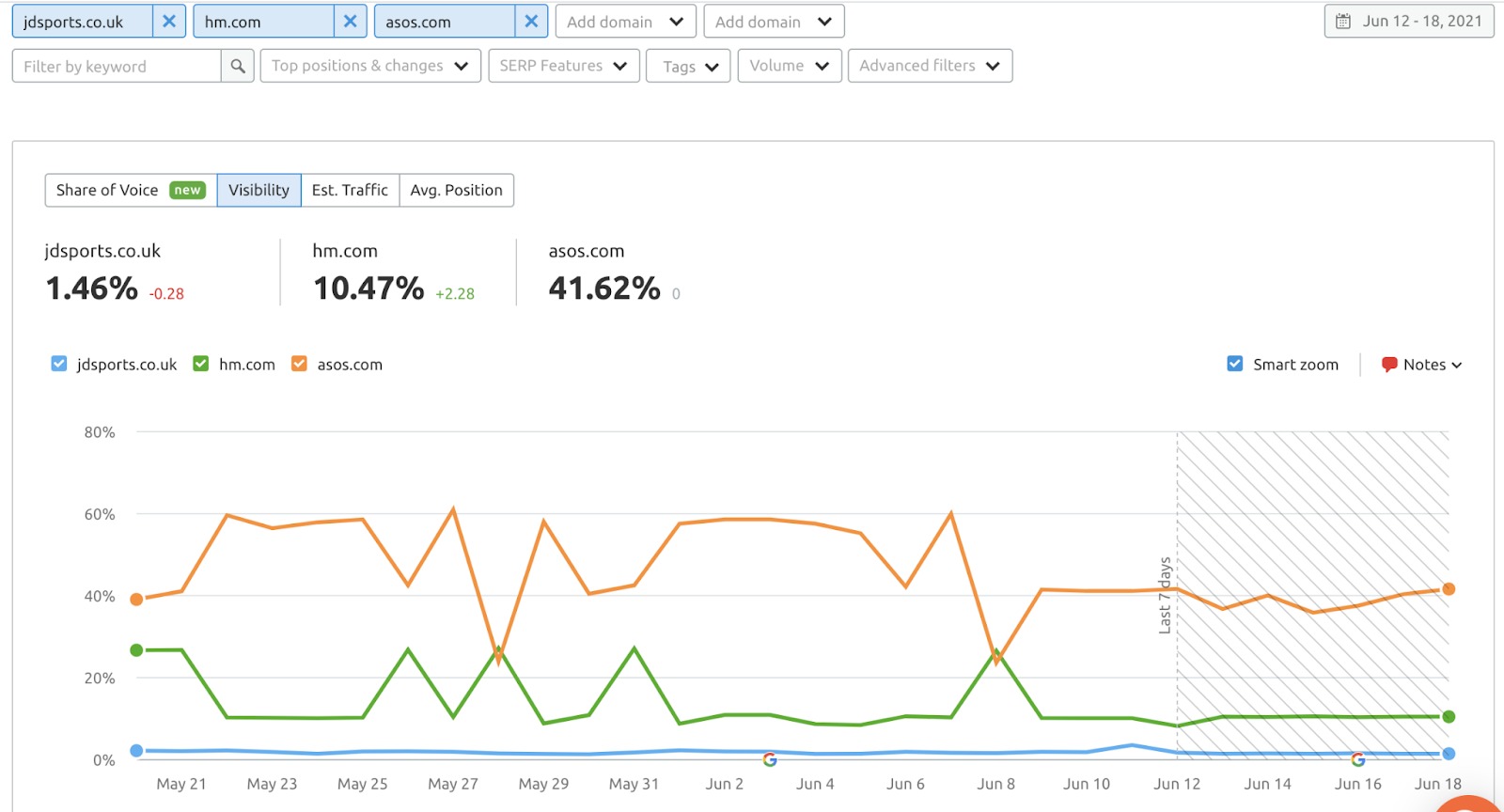